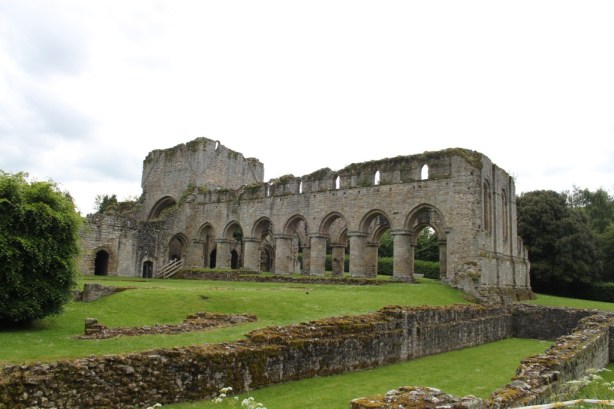 Re-posted from Howard’s Archaeodeath blog. In the Past in its Place project we are exploring how memories are located in cathedrals, ancient habitations and the wider landscape. Here, I muse over how the dispersal of tombs and memorials, and the heritage management of the ruins of Cistercian monasteries, is more than a casual ‘forgetting’ of the dead, but an overt dimension of heritage interpretation with its focusing on the religious and economic life of medieval monks that downplays the dynamic relationships between patrons and abbeys in which memory was key.

I recently visited Buildwas Abbey, Shropshire, a site managed by English Heritage and staffed that day by one of its most friendly of employees.  Beside the River Severn, this is a perfect ruin of a 12th-century Cistercian house, suppressed in 1536 and adapted into a secular mansion.

It is truly a ‘perfect ruin’, together with woodland walks down to the river. It was a great stop-off en route back from Oxfordshire to North Wales. For me this was a real nostalgia visit, since I last went there as a kid myself. Here are some general pictures of this superb ruin with the neatly trimmed grass that typifies EH sites.